A Past January Inauguration Day in Sicily Spurs Hope for Future 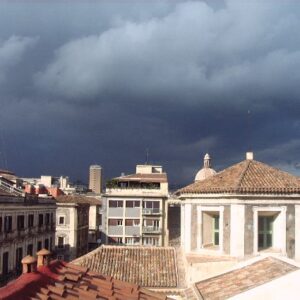 A few years back–twelve, to be exact–I was adjusting to an unfamiliar climate and culture. Less than two weeks off the plane in Catania, I was still in shock at Sicily–a far cry from any Italy I had known. When the dark clouds blew in, carrying with them sands from northern Africa, and the gray skies let loose a deluge–well, it was wet. But not wintery.

Only I, the crazy American with a bright purple umbrella, was out and about when Sicilians were inside. 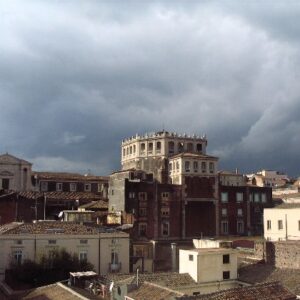 My mission at the end of the teaching day, representing the US in higher education as a Fulbrighter: to find a gym and a public television. The first was for indoor exercise. The second–more important and much more memorable–to catch a glimpse of Barak Obama’s inauguration.

Leather boots and wool pants soaked, and smelling only as wet leather and wet wool do, I made my way into the first lit establishment amenable to women and with a screen on the world news.

The energy in DC as Obama spoke swept through the airwaves as easily as the Sciroccan sands. In a word–electrifying.

I sat mesmerized, eyes on the screen in amazement and almost disbelief. A few locals could tell. Of course, they had heard me order (and likely pitied my forlorn, lonely, wet dog look), but I recall how they took liberty to break my rapture. What did I think of Obama and his election?

There is hope, I responded in my poor Italian. There is hope for the future. They understand those simple words better than the barista understood my drink order.

Indeed, the question was posed repeatedly in the days that followed. And my response remained the same.

But the January rains, fortunately, changed. And the sun shone brilliantly on the snows of Etna. I hope the clouds hanging over today’s inauguration soon pass as well and that the sun will shine with warmth and peace among us. 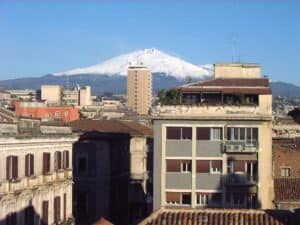 I’ll be writing more about how Sicily and the Fulbright teaching months influenced my book project Engaging Italy in my upcoming newsletters and blogs. I would love to have you subscribe, if you have not already. Use the subscription box here, or send me a message through social media, and l’ll add you to the list.