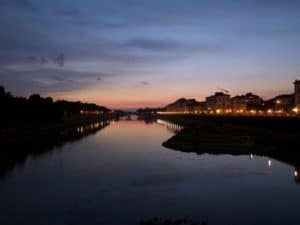 Sunset over the Arno in Florence, Italy

With Roman Catholicism as a backdrop,  “off-the-beaten-track” sites populated the foreground. Santa Caterina del Sasso, Damanhur, and Torre Pellice were our starting points in the north.  What are these spots? A lakeside hermitage, an earth-centered ecovillage, and home of the Waldensian church, respectively. 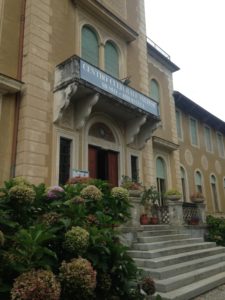 Then we headed to the Ligurian coast and Tuscany for familiar stops in Pisa and Lucca. 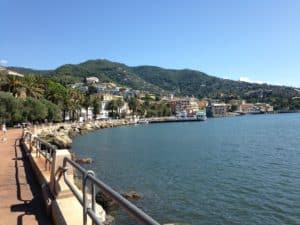 Then the English community of Bagni di Lucca (a hot springs resort that became a WWI refuge), and Nomadelfia, a Roman Catholic commune (that began as an orphanage), will remind us of many ways of putting faith into practice. 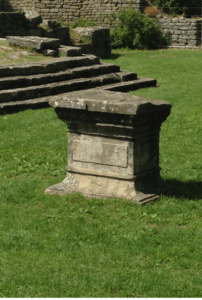 Finally, a few days in Florence  & Fiesole provided glimpses of Roman and Etruscan ruins, reformer Savonarola’s cell, and the historic Jewish community. Such alternatives have existed for centuries on a peninsula primarily known in the US for the influence of St. Peter’s.

If you missed this opportunity, keep a trip in mind for the future. What will be next year’s itinerary?  Think about it . . . . And then let me know. It only takes an idea–and a handful of interested travelers.