More than twenty of my reviews have appeared in academic journals such as The New England Quarterly, Early American Literature, Utopian Studies, Communal Societies, and The American Historical Review.

Before that,  Utopian Studies published  my review of Adrienne Rose Bitar’s Diet and the Disease of Civilization — a fantastic study of American obsessions with diet, reaching back to the later-19th century.

My review of Mark Sundeen’s The Unsettlers: In Search of the Good Life in Today’s America, appeared in Communal Societies (2017). I shared a few of those ideas in a blog here. And a few years ago, “Savory Bites: Books on Eating in Early America,” appeared in Early American Literature 50.2 (2015).

Also attesting to my belief in the importance of reviews, I served for five years as Book Review Editor for Legacy: A Journal of American Women Writers.

For some time now, I have been posting shorter book reviews on Goodreads. These reviews appear on my Facebook page and below as well.  I would like to know what you think of these books, if you read them. Your comments motivate me to rethink and to learn more about others’ perspectives. 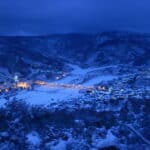 Mary Taylor Simeti’s memoir of Sicily as an American expat will not be for everyone. But if you like poetic prose,... More >

A Privileged Perspective: On Escaping A Stricken Field

Cover of 1940 edition of Martha Gellhorn’s A Stricken Field

In January, reading Anne Boyd Rioux’s review essay of Martha Gellhorn’s A Stricken Field,  I was intrigued enough to order a copy. Rioux had written for LitHub that Gellhorn’s 1940 novel delivers... More >

A Valentine's and Presidents' Day Book: Precious and Adored

Here’s a book suited for both Valentine’s and Presidents’ Day. No, it’s not about Abigail and John Adams. Nor is it yet another account of Honest Abe and Mary Todd. But it is about... More > 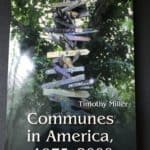 For anyone interested in alternative communities in the US, Tim Miller’s book on the last quarter of the 20th century is a thorough and accessible read. Miller started studying and writing about communal life as a young scholar of American religious history. No one... More > 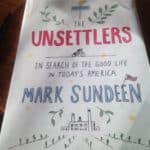 Mark Sundeen’s The Unsettlers: In Search of the Good Life in Today’s America ranks among the most interesting new books I read in 2017.  Here are some highlights from my  review... More > 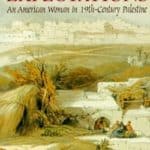 Divine Expectations is one such book. Since... More > 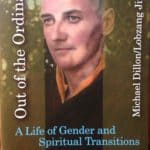 In the spring of 1962, within a month of my birth and just before his death, Lobzang Jivaka finished composing his spiritual autobiography in India. Almost fifty years before and half-way round the world, he had been named at birth Maude Laura Dillon in the Ladbroke Grove neighborhood of Kensington,... More >

Jhumpa Lahiri begins her memoir of two years in Italy with a water metaphor. Rather than thirst in Rome’s heat or a watery rebirth, the imagery of swimming around a lake seduced me. So starts Lahiri’s story of writing in a language neither her parents’ Bengali nor the English she... More >