Last week I talked with friends Paul Green and Tina Moore about their experiences traveling to 17 Trappist Monasteries scattered across the US. Through this journey that zigzagged from Massachusetts to California, they not only witnessed some life habits different from their own—they also participated in contemplative techniques that enhanced their spiritual practices.

I had already heard a bit from Paul and Tina about their motivations for the trip. And I had seen Paul’s stunning photos as he posted them online (Paul and Tina both are easy to follow on Facebook and Instagram). 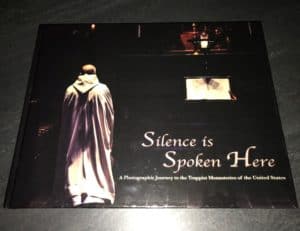 Even more, I had savored tidbits of their journey through the pages of Silence is Spoken Here, the book documenting the trip.

Primarily photos rather than text in this book tell the story of Paul and Tina’s stops in Utah, South Carolina, Iowa and elsewhere. They share the story of Father Joseph Boyle’s influences at St. Benedict’s in Snowmass, Colorado, and Father Thomas Keating’s at St. Joseph’s in Spencer, Massachusetts. But last weekend Paul and Tina shared with a group of us in Springfield some of the contemplative practices they have adopted since that life-changing trip.

Paul and Tina’s journey interests me for many reasons. But a primary one is that they chose this journey in 2015 as part of what I call “later vocations.” Neither imagined they would set out this direction when they were younger. As they express in the book, “This was not just a trip, or even an adventure . . . it was a calling.” They have agreed to talk with me further about their call to follow this path, and I plan to share some of that interview here after the first of the year.

Their decision-making steps may not move you to visit Trappist monasteries, but they may inspire you in other ways. Paul’s and Tina’s insights to what first sparked the idea, what hurdles they crossed in planning, and how their past failures and successes prompted them—these comments just might influence you as you reflect on your own journey. 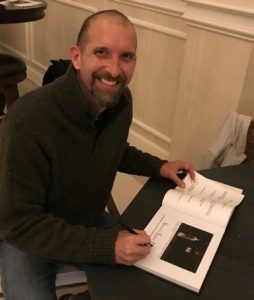 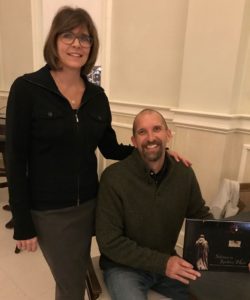 Learn more about Paul’s book here. Follow his blog or see his photos and videos through his website Interbeing Images.