You’re among the first recipients of my All Things Italy newsletter! Thanks for starting this journey with me. I hope we’ll have a long ride and a buon viaggio together.

After months of planning to reach out more regularly, the new year and hope for spring pushed me past the brink of fear. What fear, you may ask? Fear of having no one read or, much worse, having nothing to share. Thanks to you–for at least helping me relinquish the first fear of no readers. I appreciate your subscription.

My plans for this quarterly feat? To share updates on my writings about Italy, experiences “off the beaten path” in Italy, and recent readings related to Italian culture and travelers abroad. The photo below, for example, is a March scene from the ruins of Selinunte, near the southwestern coast of Sicily. (More on this seldom-visited site later). Along the way, though, I’ll pass along a few other tidbits about my reading, teaching and travels. I hope you find them interesting and perhaps engaging. 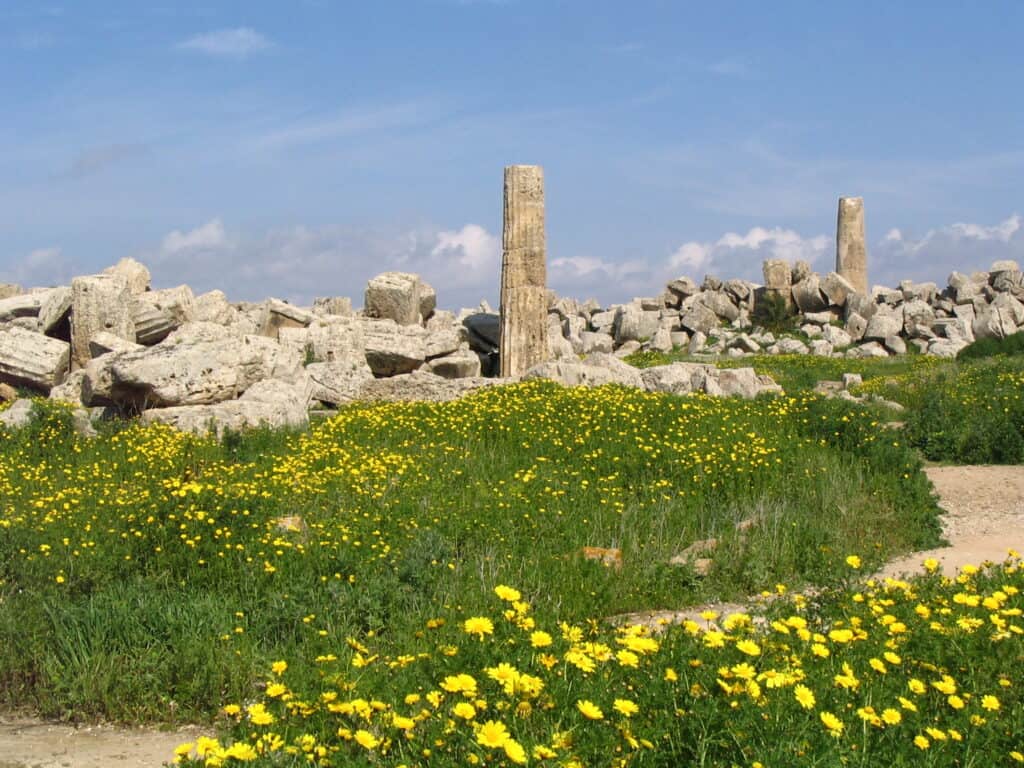 “Engaging Italy” is a phrase that has been on my mind for several years. It’s been the working title of the book which has been the focus of my research for a while. Yes, a while. I wrote “a decade” at first and then quickly edited that word away. It makes me seem to so old and slow! Contrary to the nickname I earned in high school (“Fast Etta”), and the views some siblings have of me, I do tend to work slowly when it comes to writing.

My biggest news lately about that writing project was the word from SUNY Press in late January—Engaging Italy is officially in their production list now!

The production process, as some of you know, includes many steps. I’ll highlight the relevant ones in each newsletter but, perhaps of more interest to you, my dear readers, I’ll share something of the research and writing process. 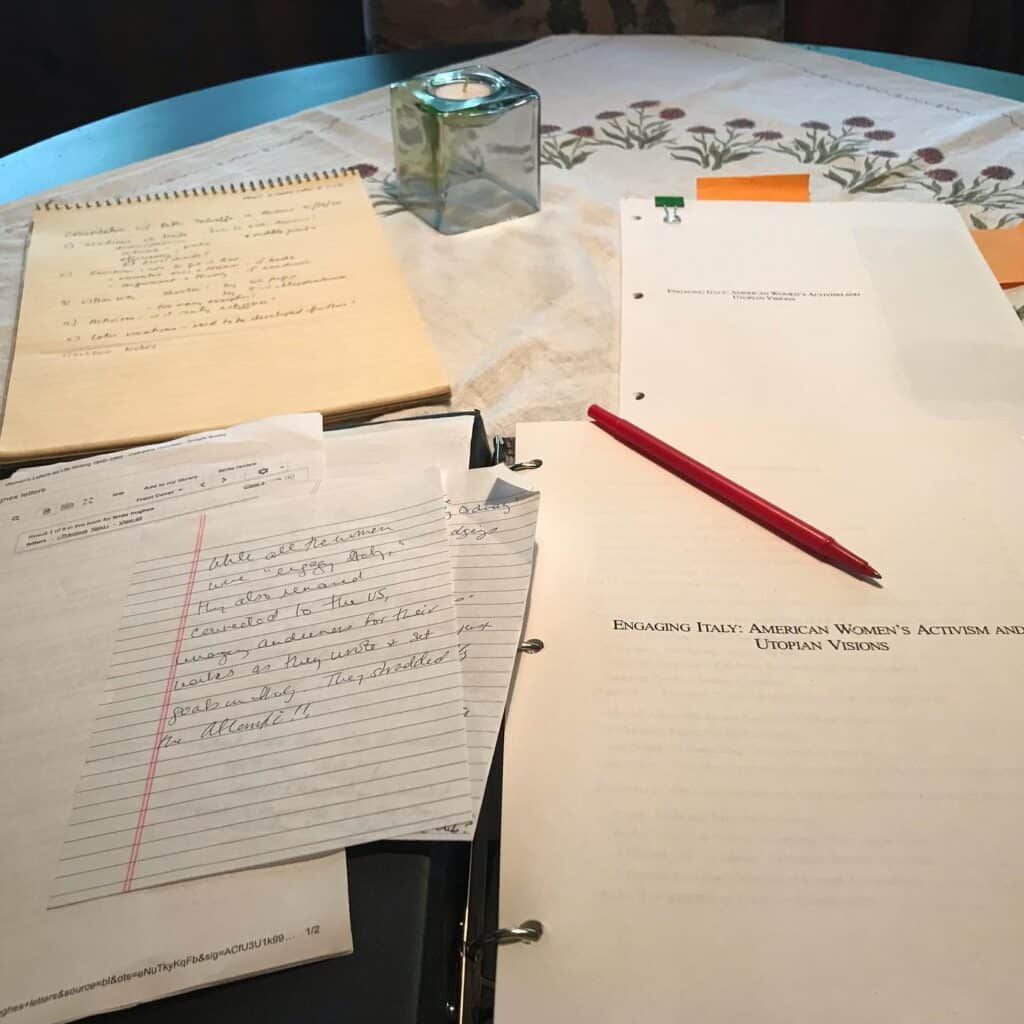 Last May I turned to revising the manuscript before submitting it for review in July. The handwritten notes, the printed pages in a three-ring binder, and the clipped printed pages beyond that were all part of the messy revising process. (The candle serves as the necessary light, needed to keep hope burning at times when despair can otherwise overpower the process.)

Why American Women in Italy?

One question some people have asked: how did you get interested in this topic? How did the ideas for Engaging Italy, which has the subtitle American Women’s Utopian Visions and Transnational Networks, come to you?

The topic began to emerge during my Fulbright teaching in Sicily in 2009. Five months living abroad in a less-tourist-traveled site and in the off season pushed me to think more about expatriate life than ever before. My brother has had an expat career for 25-plus years (he’s now officially retired but his wife continues with the US Department of State). So I’d heard a lot about expat life from him, but the Fulbright was my first experience. Additionally, during the Fulbright months I was teaching women’s travel writing and American literature, so the topic was on my mind. As this blog explains in detail, the ideas for women’s utopian dreams about Italy and the sometimes dystopian realities of expat life started to come together as research questions.

I began to explore the stories of women who were more than tourists abroad. I settled upon three now-little-known women—Caroline Crane Marsh, Anne Hampton Brewster and Emily Bliss Gould—who each lived abroad for more than fifteen years and seized opportunities to be engaged in the Italian political changes of the 1860s and 70s known as Unification. I’ll share a bit more about each of them in future newsletters. Meanwhile, below is one of my favorite images of Brewster, a news correspondent, posing for this portrait in Rome around 1874, when she was in her mid-fifties. (Photo from the Library Company of Philadelphia.)

Related to Engaging Italy, right now I’m reading through the manuscript again to tighten and cut what I can before the manuscript goes to the copyediting stage—where someone else with a super-good eye reads again for making the language and the citations precise (yes, there are perhaps too many endnotes)! And, I’ve been requesting permissions for reprinting some of the material that appeared as essays elsewhere. For example, a lengthy article on translator Caroline Crane Marsh, one of the three women featured in the book, appeared online in 2019. (You can access it here.) Finally, I’m determining which of the proposed illustrations, such as the one of Brewster above, will be included and securing permissions and the correct quality for some of those images.

On Reading and Italy 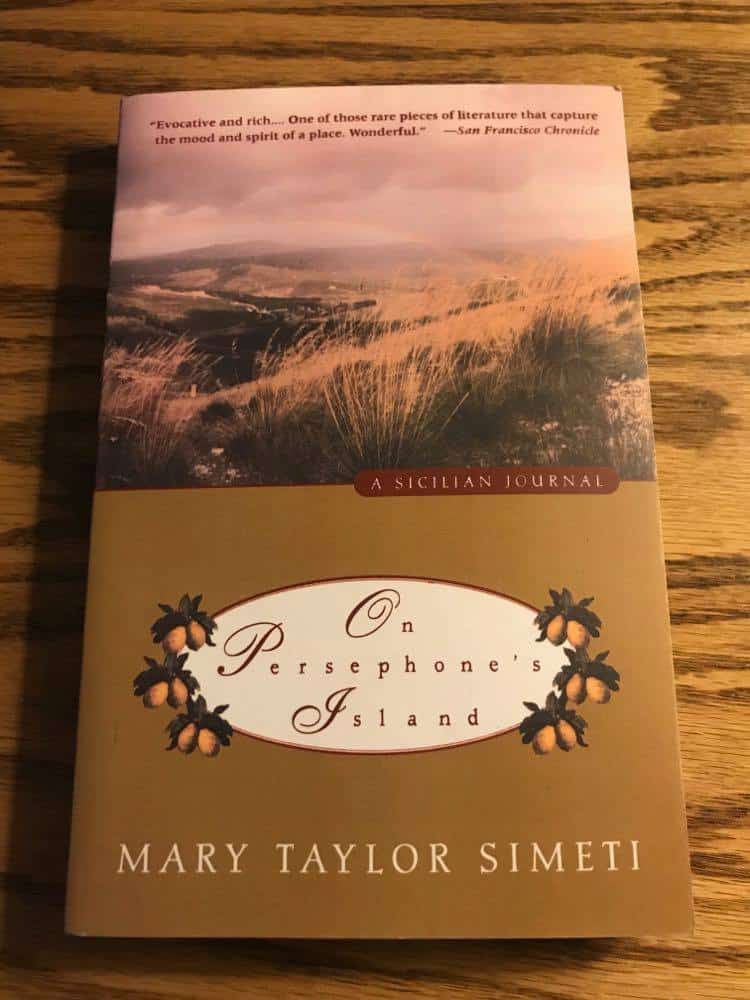 Mary Taylor Simeti’s On Peresephone’s Island is not a new book—but I just came across it this winter. I picked up a library copy of Simeti’s book on the recommendation of food writer Elatia Harris. (Harris possesses encyclopedic knowledge of Italian and French foodways. See the FB group, Writing the Kitchen).

How had I missed it while living five months in Sicily as a Fulbright professor? I suppose I was too busy experiencing the culture first-hand and preparing for my classes rather than reading about it.

I decided to buy a copy and return the library book for others to enjoy. You can read more about the book and my review here.

Off the Beaten Path 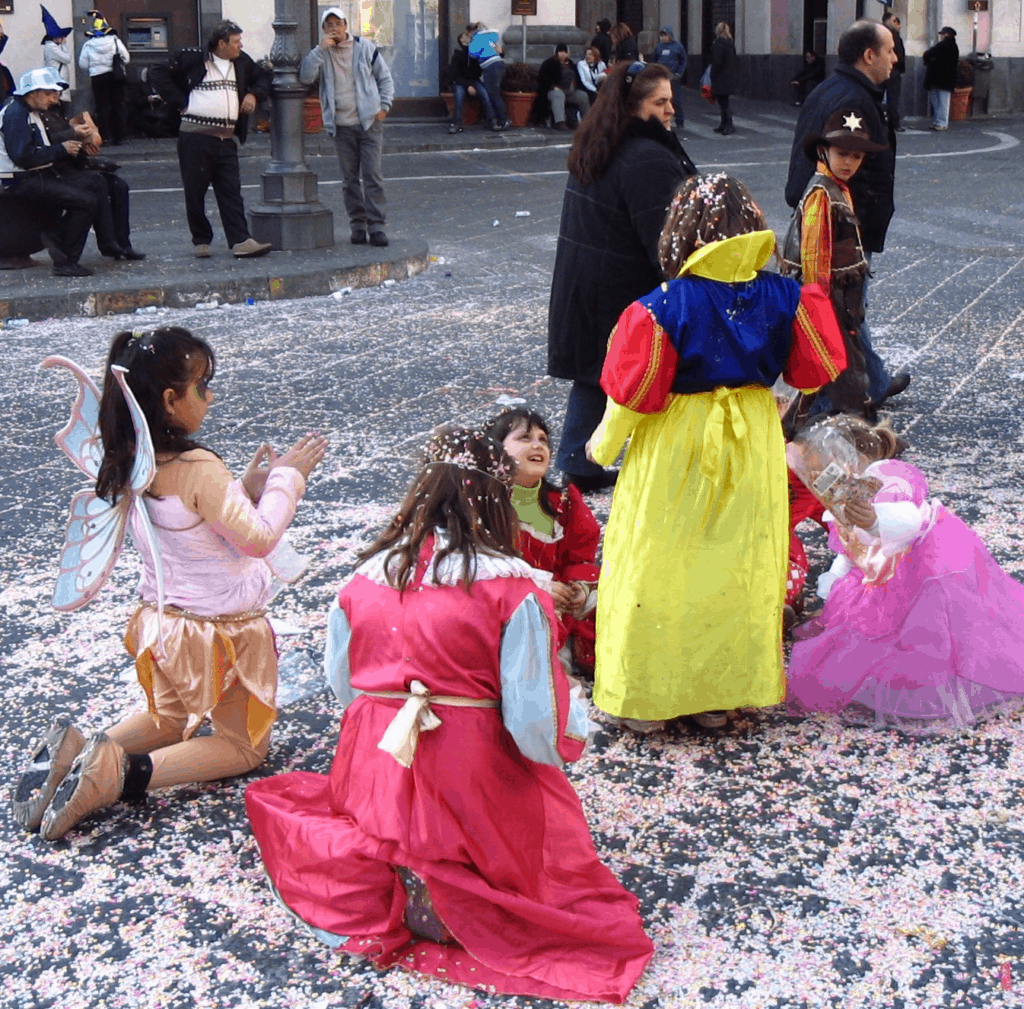 Planning a winter or early spring getaway for next year? Thinking of post-Covid travels? Try Sicily for its numerous local festivals! (I wrote of several of these features in a previous blog). My first Carnivale experience was in Tuscany’s Viareggio—just a short train ride from Florence and Pisa. Venice is also known for its famous masked and costumed balls. But just beyond the boot’s southern tip, on Sicily’s seacoast near Etna, Acireale’s celebration (where the children below enjoyed confetti and costumes) deserves a visit. If you have the time, arrive early, flying in to Catania’s airport, and celebrate the Festival of Sant’Agata, the city’s patron. The February weather is mild enough that you may enjoy some time outside and soak up some sun. For the sportive, Mt. Etna’s ski boast slopes with a scenic view of the sea. And by early-to-mid March, flowers are widely and wildly in bloom, as the picture of Selinunte attests.

Earlier this month I was honored to kick off author Pamela Toler’s “Writing in the Margins” interviews for women’s history month. Each day of the month—that’s right, 31—Toler posts ”Three Questions and an Answer”—an interview with a writer bringing to light women’s history, and she answer’s some questions herself about her research and writing process. You can read that interview, in which I discuss more about women of Engaging Italy, here.

In April I’m participating in a virtual conference panel, of the British Association for American Studies, where I’ll be discussing the discrepancies between the public and private letters news correspondent Anne Hampton Brewster wrote from Rome in the 1870s.

In July I’ll be speaking about Caroline Crane Marsh’s “invalid” travels as part of the American Literature Association conference.

In November – yes, it’s always time to plan ahead! – I’ll be talking with a small, private group in Springfield about my research on women in Italy.

Let me know if you are part of a group interested in any of my talks or trips. I’d be happy to talk with you about possibilties.

In the next issue of All Things Italy:

Until then, keep reading & dreaming,