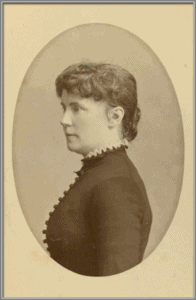 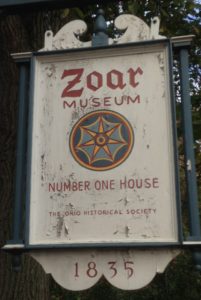 Woolson began her career with a sketch on the Ohio German Separatist community of Zoarites. “The Happy Valley,” published in 1870, set the foundation for Woolson’s more than two decades as a successful author. Her thought-provoking and insightful sketches, novels and short fiction  are regaining the attention they once held. Woolson’s somewhat nomadic life took her throughout Ohio and the Great Lakes region, to Florida and the Reconstruction south, to the Mediterranean and Italy, where she died in 1894.

A few weeks ago, Woolson biographer Anne Boyd Rioux asked for some specifics about my conference talk. I put off answering. Now that it’s complete, I’m better set to respond. 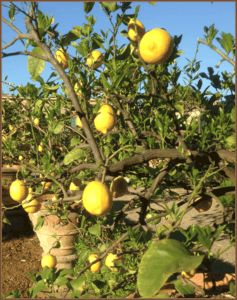 Woolson’s 1881 letter written from near Rome’s Spanish Steps invites the connection between Italy and Zoar. She wrote to friend and editor Henry Mills Alden of the loggia above her apartment:

“this loggia is a little square room with windows towards all points of the compass, and an arbor outside, made of lemon-trees, plants in pots, and climbing vines. . . . Here among the roofs and campaniles, and under the deep blue sky of Rome, I can sit and write in perfect solitude when tired of my little parlor below. It all seems so wonderful and strange,–the being here at all! I think of Ohio and the Zoar farm where I used to spend so much time; of Mackinac and the peculiar color of Lake Huron; and of Florida, and the pine-barrens. And, all the while, I am in ‘Rome’!”

At a conference where participants’ interests are primarily communal groups, I began with this quote but then concentrated on Zoar.

Woolson’s early works referring to Zoar set the stage for stories in which her characters often imagine better worlds. Within “The Happy Valley,”  “Solomon” (1873) and “Wilhelmina” (1875), published in Harper’s and the Atlantic Monthly, Zoar prompted such glimpses for visitors from Cleveland and Cincinnati. In these stories, Woolson juxtaposes idyllic views with life’s often harsh realities—whether within or outside of the community. 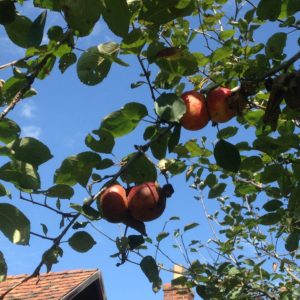 To set the stage for the Communal Studies Association conference audience, who knew nothing of Woolson but something of Zoar, I mentioned Woolson’s now-better-known predecessors, contemporaries and successors—Hawthorne, Twain, James, Howells, Wharton, Cather. I depended heavily on what Woolson biographer Anne Boyd Rioux and Zoar historian Kathleen Fernandez have written on the subject. The “enclave of German separatists in the Tuscawaras Valley” was one of Woolson’s “favorite spots” to visit, coming from her home in Cleveland.

The “enclave of German separatists in the Tuscawaras Valley” was one of Woolson’s “favorite spots” to visit. . .  Anne Boyd Rioux

Woolson’s “romantic” and “idealized views about the Society” include some inaccuracies. But “the stories have the ring of truth. Woolson’s feelings for Zoar show through.” I added to these overviews an assertion that Woolson’s writings about Zoar enabled her to soar.

Professionally speaking, anyway, the author’s imaginative reflections on life in and around an intentional, utopian community contributed to her following of readers. This following bolstered her financially and gave her confidence. Zoar prompted Woolson to spin stories that pushed her to consider the themes of marriage and the isolated artist’s life. As Rioux and several other scholars have noted, these themes would remain with Woolson throughout her career. I suggest additionally that the three Zoar sketches considered together reveal the beginnings of her understanding of the power of utopian imaginings and of gift exchanges that cross barriers of community and place.

“Solomon” — A Story of Gift Exchange

Through “Solomon, ” in particular, a story of gift exchange and human love, Woolson reminds us that utopia is, by definition, not a literal place. Rather, it is an imaginative vision that individuals hold and may share. By the time Woolson wrote this sketch, she realized that linking Zoar insiders and outsiders were these keys: imagining, giving and exchanging, and in doing so, creating community, however small.

Memories of past experiences lead to ideas of community shared in the present and projected onto the future. The German Separatists held memories of European traditions as they shared visions of a new home in the Tusacarawas valley and labored to build it. So, too, Woolson held on to her memories of childhood visits to Zoar. She adapted them, as the Zoarites adapted to their new environment. 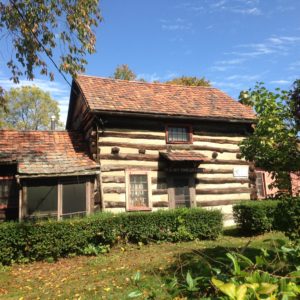 While Woolson migrated as an uprooted adult, looking for the perfect place in which to write, her work also caused her to imagine other places. As she soared above and beyond Zoar in later years, moving to Italy, she never completely left behind the idyllic place in Ohio. As Rioux has noted, in the last few years before her death, she was “writing . . . of her father and their trips to Zoar and the Tuscawaras Valley in Ohio.” Memories of Zoar, even late in Woolson’s life, reflect the importance of those visions that fed her imagination and bolstered her professional position.

The best news about this presentation? The audience response. One person asked, why was Woolson popular in her day but overlooked in the twentieth-century? And why has scholarship on Woolson exploded in the last decade? More than one asked about her financial success. Several wanted to know how to access Woolson’s writings. Of course, I referred them to Miss Grief and Other Stories , to Victoria Brehm and Sharon Dean’s gathered reprints,  and to the Great Lakes collection, Castle Nowhere. I told them that their local libraries might have turn-of-the century copies of Castle Nowhere, Jupiter Lights, The Front Yard and Dorothy. I explained that the Constance Fenimore Woolson Society website provides a chronology of all her works, with active links to those available free online.

Finally, I encouraged them, as I encourage you, to read “Solomon.” Once  you do,  you will be hooked to move beyond the Zoar sketches to see how they enabled Woolson to soar as a writer.  You will be engaged by her ability to capture life’s hopes and promises, as well as its troubles and truths. 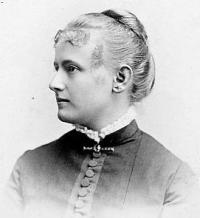 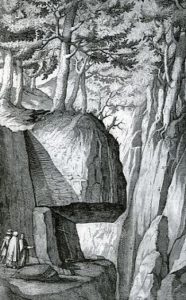 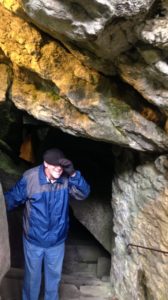